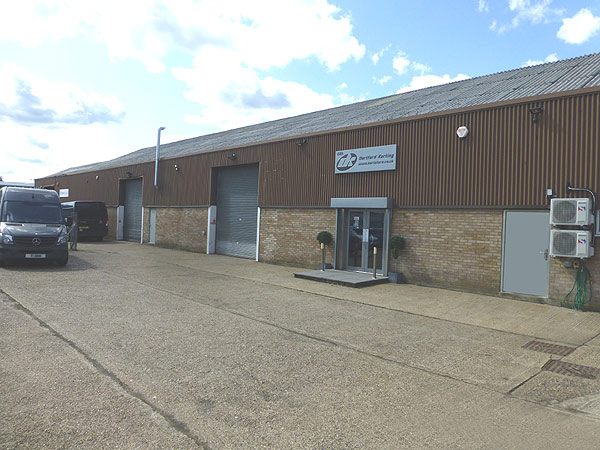 By 1990 the former Cafe along with space at Tilbury Kart Track was just not big enough and Dartford Karting moved to a new industrial unit just outside the town.

As the demand for Solo karts and engines grew this soon became inadequate and the adjacent unit was acquired to give a total of 3,000 square feet. In 2003 the business was sold to Martin Collard and after 3 years the increase of stock meant that more space was needed and another unit was acquired nearby but by 2010 even that was bursting at the seams so another move was required. DK relocated to the current location on Questor Industrial Estate. 6 years on and we were running out of space again having quadrupled the stock so it was pure luck that adjacent unit became vacant giving the opportunity to merge 2 units into one and by adding mezzanines we now have 18,000 square feet with about 12,000 devoted to stock and the balance to workshops, offices and showroom.